Good evening, Comrade Commissar. I don't know, I guess I just have a long-

No, I mean, why are you all moping around the base lately? Even Burkhanov stopped whistling while fixing the AKs. What's gotten into you?

Well... It's just, the boys were kinda hoping there was gonna be a new patch for the holidays, and-

Comrade! Again with the whole "winter holidays" nonsense! Have you been listening to the propaganda the Americans are blasting again? All these "holidays" are just a consumerist ploy, and our Glorious Agrarian utopia needs exactly none of that!

...but if it'll stop you from moping, the Party officials have been working on a little something. And i just so happen to have on me a design preview. 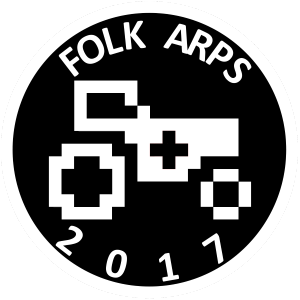 
I knew it! I knew that's what you were doing on all those late nights there was music coming from the Dacha!

Uh... yes, exactly, that's... that's exactly what we were doing! Either way, this year, we were in close communication with several human rights organizations as mandated by the last ceasefire, and as such, we decided, this year, to think of those not lucky enough to live under the benevolence of the Party. Having this in view, we have decided to divert some of our equipment budget to those less fortunate.

Well, not as such. Sadly, the embargo by the imperialist pig-dogs continues, and forces us to extend our self-equipment program. On the bright side, our tightly monitored adherence to the cooperation agreement with the humanitarians has borne fruit in a brand new mine detecting technology, which he have managed to seamlessly incorporate into the patch design.

A mine detecting patch? That's amazing!

Indeed it is, comrade. While wearing this patch, any comrade will be instantly notified the minute he steps on a mine. And not only that, but the notice will be relayed onto his entire platoon, or even wider, depending on the acoustics!

...Aw, comrade Commissar, you even arranged for fireworks for the New Year's Eve!

We most certainly did not. And, as you are sure to recall, fireworks generally explode in the sky, not on our bunkers.
...
Sound the alarm. And get me my AK.

All funds can be sent to the standard, server-fund@folkarps.com paypal account, along with a message to Prime Minister Netkev, who, as always, has our full support.
[/allegedly]
Top
Post Reply
1 post • Page 1 of 1